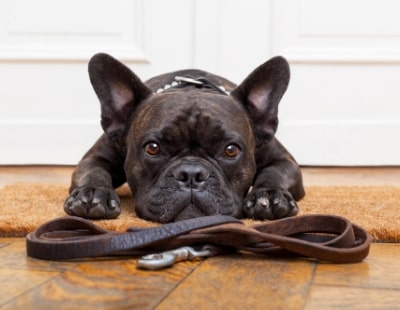 It’s suggested that almost a third of pet-owning tenants have been hiding their animals from agents or landlords for more than three years.

Research from Build To Rent operator Quintain Living, based a survey of over 1,000 private tenants across the whole rental sector, suggests that as many as 38 per cent did not feel comfortable asking for permission to keep a pet. And 29 per cent had difficulty finding a property to rent as a pet owner.

Around one in six tenants considered giving up their pets to make it easier to find a rental property.

Birds were named as the most secretly kept pets in the UK – a staggering 50 per cent of respondents who keep birds admitted hiding them from their landlord with rabbits in second place.

The strategies adopted by devious tenants included 35 per cent taking them for a walk during an agent’s or landlord’s visit, 32 per cent leaving them with a friend, 19 per cent passing them temporarily to neighbours, and around 15 per cent hiding the pet - presumably something like goldfish or reptiles.

“For too long, renters have been excluded from keeping pets in their family homes, but, as we have proved, there is no reason why we cannot live in harmony together. We are proud to have been one of the first to offer pet-friendly homes to rent, as well as a host of pet-friendly amenities on site” says Quintain chief operating officer Danielle Bayless.

SDL Group - owner of the UK franchise for Century 21 lettings...