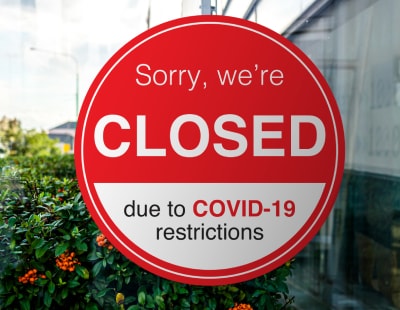 More than a third of furloughed private renters are worried about being able to pay their rent when the coronavirus lockdown ends, according to new research published today by the Joseph Rowntree Foundation, a think tank.

The federation says this means around 250,000 people in this group could be in a position where they struggle to meet their housing costs when the lockdown ends.

The research, based on a sample of 1,031 private renters in a YouGov survey of 6,430 UK adults, demonstrates what the federation calls “the precarious situation faced by many households who are renting privately.”

The government recently temporarily increased the amount of support private renters can get for their housing costs, known as Local Housing Allowance up to the cheapest 30 per cent of local market rents.

The JRF says this was a step in the right direction, but for many it still leaves a big gap between the support available and the real cost of renting, especially in areas with high rents where an overall cap prevents households from getting the support they need to meet their housing costs.

As examples, it cites that renters in a two-bedroom property who were eligible for all their rent to be covered would see a gap of around £150 a month in Brighton, £100 a month in central Manchester, York and Cambridge and around £80 a month in Liverpool.

In some Central London boroughs, this gap would be £1,715 a month, the federation claims.

JRF is calling for an increase in LHA to cover median rents in all areas, as well as the removal of the national cap on the amount of LHA that can be paid, so that it does not limit support in high-cost areas.

The temporary ban on evictions introduced by government is currently in place until the end of June, and there are fears of a surge in eviction proceedings if it is not extended, as large numbers of tenants will no longer be able to afford their rent.

“This could unravel the considerable progress the government has made by housing thousands of homeless people, as high housing costs are a significant driver of homelessness” claims a federation statement.