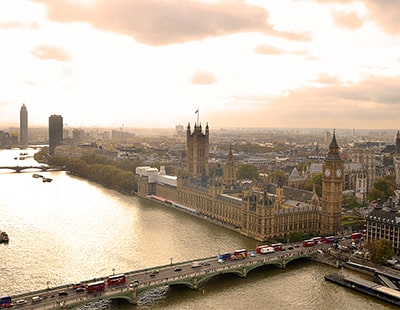 Agents and landlords must now give tenants six months’ notice before they can evict, except in the most serious of cases, such as incidents of anti-social behaviour and domestic abuse.

On Friday the government made the announcement - just a few hours ahead of the start of the Bank Holiday weekend - and the new rules came into effect the next day, Saturday.

So from now until March next year landlords and agents must provide at least six months’ notice period prior to seeking possession through the courts in most cases, including  section 21 evictions and rent arrears under six months.

Notices served on and before August 28 are not affected by these changes, and must be at least three months.

Exceptions apply for the worst cases to seek possession; these are:

In addition, new court rules have been agreed, which will come into force on September 20 meaning landlords will need to set out in their claim any relevant information about a tenant’s circumstances, including information on the effect of the COVID-19 pandemic.

Where this information is not provided, judges will have the ability to adjourn proceedings.

“We have developed a package of support for renters to ensure they continue to be protected over winter. I have changed the law so that renters are protected by a six month notice period until March 2021” says Housing Secretary Robert Jenrick.

“No tenant will have been legally evicted for six months at the height of the pandemic as the stay on possession proceedings has been extended until September 20.

“For the most egregious cases, for example those involving anti-social behaviour or domestic abuse perpetrators, notice periods have returned to their normal level, and landlords will be able to progress serious rent arrears cases more quickly.

“These changes will support landlords to progress the priority cases while keeping the public safe over winter. We will keep these measures under review and decisions will continue to be guided by the latest public health advice.”

It remains the case that if a landlord made a claim to the court before August 3 they must notify the court and their tenant that they still intend to seek repossession before the case will proceed, including in section 21 cases.

“More detailed guidance on using the courts and the new arrangements will be made available in advance of possession proceedings starting again” according to the Ministry of Housing, Communities and Local Government.

“We are conscious of the pressure on landlords during this difficult time and do not want to exacerbate this.  Of course, it is important that tenants who are able to do so must continue to pay their rent.”

Industry prepares for end of evictions ban after six-month shutdown ...

The lettings industry is today preparing for the current ban on...

In the latest twist in the long-running saga of the eviction...

The Citizens Advice charity is calling for tenants with arrears directly...

Housing minister Heather Wheeler has pledged that the government will make...