A prominent letting agency on the south coast of England, Mishon Mackay, says PropTech is... 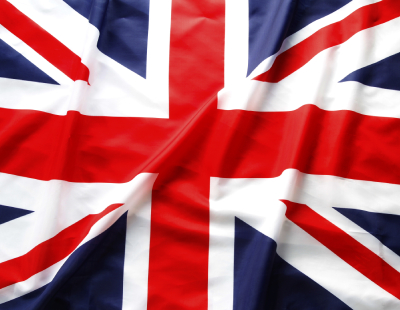 The government has told estate agents to ensure at least one Union Jack is present in properties during both physical and virtual viewings.

Housing Secretary Robert Jenrick, who last week wrote to all local authorities encouraging them to fly the flag on public buildings, has followed up the initiative with one for estate agents.

A guidance note, issued in Jenrick’s name by the Ministry of Housing, Communities and Local Government today, says: "People rightly expect to see the Union flag flying high on civic and government buildings up and down the country, as a sign of our local and national identity.

“It is no different in our homes. That's why I am calling on all agents to ensure flags are prominently displayed in hallways or main rooms of properties during ‘physical’ viewings. During virtual viewings, prepared on video in advance, it would be appropriate to ensure a flag is visible in each room - even the smallest“ says Jenrick.

The Housing Secretary said it was a mistaken belief that he and other Cabinet members had been ordered to have Union Jacks visible during Zoom interviews on TV. “It’s not an order and it’s not a coincidence - this is actually the way we decorate our homes. Don't we all do that?” he insists.

An additional note sent out by MHLCG addresses the issue of live-streaming viewings.

It suggests agents hold a camera in one hand and a Union Jack in the other, keeping the flag visible for the longest-possible time.

In Scotland and Wales - where national flags are expected to be shown as well - agents are encouraged to drape the Union Jack around their upper body for maximum visibility and then carry the Scottish Saltyre or ‘Red Dragon’ Flag of Wales in their non-camera hand, as appropriate.

“It’s a juggling act but the idea is to … well ... run up the flag for national identity in estate agency” explains MHCLG spokeswoman April Jape.

The government has at last released details of its mediation scheme...

Eviction ban ‘not to be extended beyond late June’ - claim ...

A landlord website claims the current ban on evictions is not...

A buy to let investor has been hit with a bill...

The government has given an extra £3.8m to councils to come...