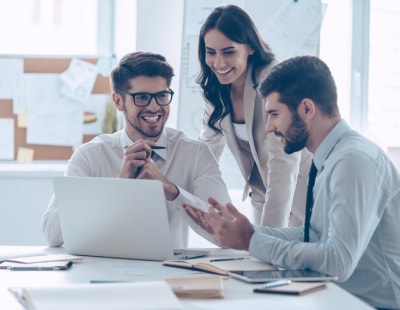 The unusualy bluntl message has come in response to the latest delay in reinstating normal eviction powers in Wales.

The Coronavirus Act 2020 includes a range of powers for Welsh Ministers including the ability to extend existing pandemic-specific evictions rules. For the past 12 landlords and agents have had to give six months’ notice; this was first due to run out at the end of June but was extended to September 30.

Now it’s been extended again, to the end of the year.

The Welsh Government has acted to help tenants who are struggling to fulfil their requirements financially, with a Tenancy Hardship Grant scheme. But Propertymark is angry that there is nothing on the other side of the debate, and in a statement online says: “The current narrative does not consider that many landlords are also in financial difficulty and there are fears that many landlords may also see themselves in financial difficulty as a result.”

Daryl McIntosh, ARLA Propertymark policy manager, adds: “The extensions do not seem to be based on any empirical data, and those who have taken a pragmatic approach at the beginning of the pandemic by budgeting for certain losses are now finding themselves blindsided.

“Many agents are reporting a loss of stock, but demand is growing; to provide homes for the 207,700 households who rely on the private rented sector, it’s important that its contribution is recognised and that the demonisation of letting agents and landlords stops.”

Earlier this week McIntosh touched on the same issue when he said: “The current narrative around the private rented sector is out of touch; it forgets that many landlords do not have untold wealth and that they too are facing mounting financial liabilities with property related bills of their own.

“The Welsh Government continually moving the goal posts for landlords who have been deeply affected and agents who are trying to mediate does not create a solution, it simply prolongs and intensifies debt issues for both tenants and landlords.”

Welsh housing minister Julie James - who came up with the idea of the latest extension - insists it is to ensure that during a time when case numbers and hospitalisations are increasing, tenants receive ongoing assistance.

A controversial reform programme for the private rental sector in Wales...

Ahead of the evictions ban being lifted on Sunday, ARLA Propertymark...