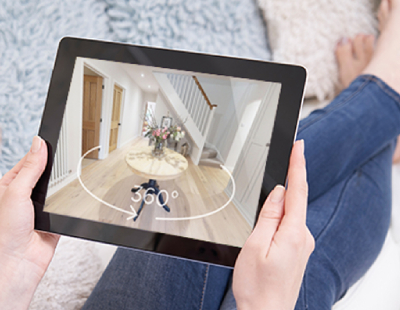 A company providing virtual tours insists the technology delivers “undeniable results” but is still not used universally by agents.

Virtual tours became highly popular during the pandemic, when there were substantial periods during which physical viewings were either banned or deemed inconvenient because of Covid restrictions and nervousness amongst tenants and landlords.

But now a new market analysis by Giraffe 360 shows that virtual tours still “remain a scarcity in the UK market” with only four per cent of those listed including this feature.

Some areas are significantly higher - for example, over 10 per cent of listings have such tours in many major cities such as Newcastle, Birmingham, Manchester, Belfast, Liverpool and Glasgow.

Chief executive Mikus Opelts says: “Virtual tours are a powerful marketing tool that bridge the gap between the limited insight available from an initial property listing and the physical viewing itself.

“They can dramatically streamline the viewing process as potential buyers can really get a good feel of the property and if it’s right for them, before embarking on a viewing in person.

”Hardly surprising then, that homes with a virtual viewing within their online listing are in high demand, but despite this, adoption by the property sector remains low.

“As technology has advanced, the quality, ease and affordability of implementing virtual viewings has also improved and with home sellers now expectant of the very best exposure for their home, there’s no excuse for agents not to offer these additional services as part and parcel of their proposition.”

Virtual tours only on seven per cent of rental listings, despite surge ...

A PropTech company says virtual tours should now be made to...