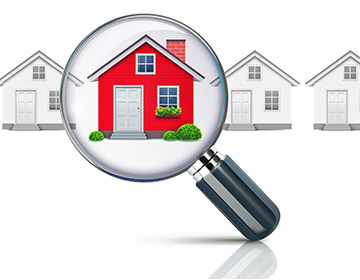 The Times has named a member of the City of London’s governing council as a key figure behind rogue letting agencies.

The Times claims that Tilleria, under the surname Limongi, has been fined three times since 2014 for housing offences.

It says: “He was fined £3,000 for failing to provide information about a flat he managed in Mile End, east London, in 2014. In 2015 he was fined £4,000 after failing to provide information about a property in Limehouse, also in east London. Under the surname Limongi he was fined again in 2016 for being part of a group described as ‘a gang of chancers’ behind rogue letting agencies which ran 92 properties across London with an estimated income of £1.25m.”

The Times alleges that the gang rented properties from legitimate landlords and divided the homes into bedsits without planning consent, sometimes with “minimal fire safety” and on occasions with deposits not placed in mandatory protections scheme.

Investigators at Newham council, east London, found that the gang linked to 25 businesses from January 2013.

The Times quotes Moshiur Mian, Tilleria’s lawyer, as saying: “The proceedings did not result in any findings of criminality against Mr Tilleria. [He] is unaware of the alleged fine of 2015. If accurate, Mr Tilleria shall exercise his statutory entitlement to have any such proceedings set aside.”

As Letting Agent Today reported in 2016, a series of lettings companies and an organised group of criminals described as a “gang of chancers” were punished with fines and costs totalling around £79,000 after using fake names and businesses.

Q Lion Management Limited and London Rooms Rental Limited were prosecuted as part of the case, along with six individuals. Flatshare London Limited and Valenberg Properties Limited also faced prosecution, but the companies were dissolved shortly before the trial.

The activities conducted by these firms and individuals came to the attention of Newham council’s private rented sector licensing team around 2013 when the names of one of the individuals appeared on a tenancy agreement in a house which was not licenced as a rental property.

At the time, the home owner was prosecuted for failing to licence his property. But as the licensing team carried out more operations they uncovered several tenants with agreements naming Limongi, one of his accomplices or any one or more of up to 25 businesses which would then by rapidly dissolved.

Tenants within the same property would often have tenancy agreements with different companies run by the group named as landlords and complained to the council that these companies were impossible to contact. They also reported that rent had to be paid in cash and collected by different people. Their deposits were not placed in deposit protection schemes.

A national newspaper story suggests that a couple seeking an apartment...

The government is widely expected to announce that Section 21 eviction...