Goodlord exists to streamline the lettings process for agents, landlords and tenants. Want to join us? 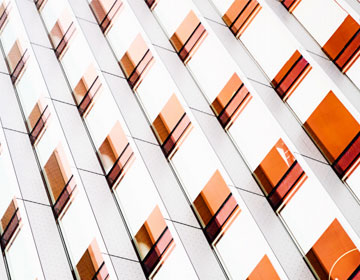 Technology has completely transformed the lettings landscape over the past decade, but perhaps not in the way many expected it would.

Letting agents have spent the past ten years contending with near-constant predictions that the end of the traditional agency was nigh, after a flurry of online agencies arrived to challenge the idea of the traditional brick-and-mortar agency itself (in fact, one online agency even staged a mock funeral in the streets of London proclaiming its death).

This was coupled with an influx of investment in the emerging field of PropTech, with hundreds of start-ups setting out to improve efficiencies in the property sector, from lettings through to property management, although most of these companies set out to help - rather than replace - the traditional agency.

Defying predictions, the traditional agency has survived. But successful agencies do look somewhat different to what they did a decade ago. Investment in technology that was once viewed with suspicion is now considered essential in order for traditional agencies to concentrate on what sets them apart from their virtual competitors: relationships.

“When you work in agencies, you see every day how important the agents are, that people still want to deal with people, and that it's people who make things happen,” says Jaimie Beers, Managing Director of Madley Property Services in London. “Technology assists the people to do that, by streamlining processes.”

David Gilson, Lettings Director of College and Country in Oxford, agrees. “The value that comes from a traditional agency is the relationships, making sure that there’s an understanding from both the tenant and the landlord’s point of view, and there being a clear, flexible approach to the way that you work together. That’s when you’re providing an enhanced service that actually has some real value above an online-only offering,” he says. “The thing that can't be replaced by modern technology is the relationships.”

This is an extract from Goodlord's latest e-book, Dawn of a decade: Lettings in the 2020s. Download your copy here.