Party conference season – what was said about the rental market? 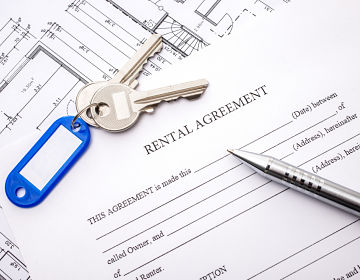 The party conferences of the two main political parties threw up some interesting developments with regards to housing and the rental market. Here, we take a closer look at what went on and what might be announced in this month’s early Budget...

Theresa May’s speech might be better remembered for her dancing onto the stage to Abba’s Dancing Queen, but it also contained some major policy announcements on housing.

The biggest of these was the borrowing cap on local councils being lifted, with May revealing that town halls will be able to borrow billions more for housebuilding.

The other major housing announcement came at the start of the conference in Birmingham, with May outlining plans for a controversial tax on foreign buyers. Overseas investors will be faced with a higher rate of stamp duty – expected to be between 1% and 3% - when they buy a home, on top of the existing stamp duty surcharge (introduced in April 2016) on second and buy-to-let homes. The extra money raised will go towards supporting the government’s rough sleeping strategy.

A consultation will take place later this year on the plans, which have been met with fury by buying agents and those operating in prime sectors of the market. The Prime Minister, though, insists it should not be as easy for foreign buyers to purchase property as it is for people who live and work in Britain.

Some have argued that domestic landlords could benefit from this extra tax, with less competition for homes from overseas investors. In recent years, it’s not just been the super-rich who have been buying up homes in the UK; increasingly, middle income earners from Asia see British homes as attractive propositions. If property becomes less attractive to these investors, domestic investors could benefit.

At the Labour event in Liverpool, meanwhile, the focus was mostly on transforming the private rented sector to ensure it better protects tenants. Shadow Housing Secretary John Healey said the party would abolish Section 21 evictions if it came to power. It would also introduce three-year tenancies and create renters’ unions to offer tenants greater powers.

During his speech, Healey unveiled ‘radical’ plans to solve the housing crisis, including controlling rent, putting a stop to the ‘tyranny’ of rogue landlords, ending rough sleeping within a Parliament, setting up a fully-fledged housing department to drive work on fixing the broken housing market, and building a million new ‘truly’ affordable council and housing association homes.

A Labour government would also seek to stem the holiday market by introducing a levy on second homes used as holiday properties (to the tune of an average of more than £3,200 in England), while first-time buyers on ordinary incomes would be offered more opportunities to purchase a home.

We’re expected to learn more about the government’s housing policies at this month’s Budget, which has been brought forward to October 29 to give the government more time to focus on Brexit negotiations.

While the Tory Party conference focused more on wider housing issues than the rental market, the upcoming Budget could place more of a spotlight on the lettings sector.

In recent years, it’s been the platform for some major property-based surprises. Last year, for example, the Chancellor Philip Hammond announced the scrapping of stamp duty for nearly all first-time buyers. In the years before that, we saw the unveiling of the proposed ban on letting agent fees charged to tenants, the additional 3% stamp duty surcharge on second and buy-to-let homes and the phasing out of mortgage interest tax relief.

Rumours have been circulating and speculation has been rife about what the Chancellor might have in store for housing this time, with landlords receiving capital gains tax relief if they sell a rental property to a sitting tenant who has been living in the property for at least three years one measure that has been mooted. The possible tax break for landlords was reported on the front page of The Sunday Times a few weeks ago, with ministers considering the scheme to encourage private landlords to sell properties to long-term tenants.

The proposal would also incentivise landlords to offer longer tenancies, because the exemption on capital gains tax would only be valid once the tenant has been in the home for three years.

The additional surcharge for foreign buyers of UK property is expected to be fleshed out further, while there could also be an update on the fees ban – and a timescale for its implementation. On top of this, a recent article in The Sunday Times suggested that Airbnb landlords could be in the firing line in the latest Budget.

Amateur landlords can currently claim up to £7,500 tax free per year through the Rent a Room scheme, which allows people to let spare rooms in the properties where they live. However, the government suspects that some may be ‘gaming’ the system by using Airbnb and other short-let platforms to claim the allowance on income derived from properties used solely for letting purposes, where the landlords themselves do not actually reside.

The Sunday Times claims new occupancy rules, established following a formal consultation held by the government earlier this year, will be included in a Finance Bill to be published after the Budget. It is thought this will require those letting out a spare room and using the Rent a Room allowance to prove they live in the property on which they are claiming the tax relief.

Whatever Philip Hammond delivers later this month, there are sure to be some property proposals. We’ll be analysing the Budget and what it means for lettings agents in more detail next month.

Rentshield Direct provide tenant referencing and specialist insurance products to the letting agents, tenants and landlords. We keep agents up to date with the latest industry insights and guide them through the changing landscape of the lettings sector.

Enquire about registering for an agent account here https://www.rentshielddirect.com/index.cfm/letting/register-for-an-agent-account 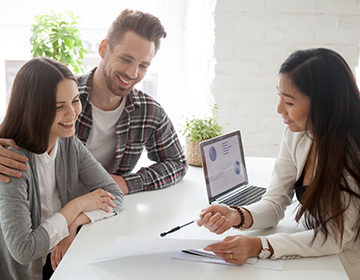