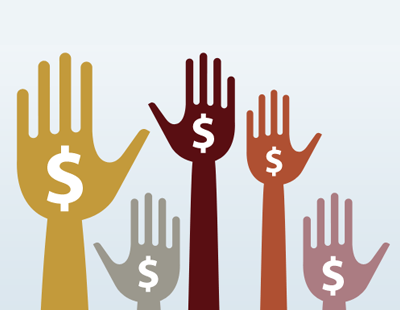 It says almost 2,000 people have become registered lenders on the platform since its launch on August 31 last year, with 160 of these having lent money to current projects and - claims CrowdProperty - they are “now earning 10 per cent per annum gross interest on their money.”

The first property development to go live on the CrowdProperty platform was a pub conversion, creating four residential flats and two commercial units, which took 14 weeks to fund. Since this, the time to complete funding has been reducing as lender liquidity increases, with the fastest fully-funded development to date having taken six weeks.

The company says it is confident that a one-week timescale will become possible within the next few months as lending appetite continues to grow.

“With any new peer-to-peer proposition it is vital to ensure that early lenders build their confidence with real returns from solid projects delivering great value” says Simon Zutshi, founder director of CrowdProperty.

He says the revenue model for CrowdProperty involves borrowers paying a one off arrangement fee of between 3.0 and 5.0 per cent and passing the full amount of the gross interest on the loan (9.0 to 11.0 per cent per year) to the crowd of private individuals who volunteer to lend. Borrowers can apply for up to 100 per cent finance on new developments.

Another property crowdfunding platform is launching in a bid to attract...

Neat summary of potential dangers of buy to let crowdfunding ...

Would-be buy to let investors have been given a neat summary...

Will buy to let investors be lured by latest crowdfund investment site? ...

Propio, another crowdfunding platform, has launched with the ambitious claim of...

The property crowdfunding platform The House Crowd - which was the...