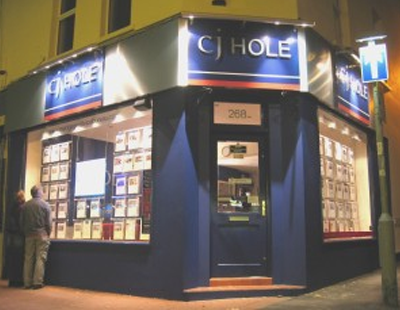 The office of a letting agency that urged its landlord clients to consider increasing rents has been the subject of an apparent attack by vandals.

Local media outlets in Bristol are reporting that the Southville branch of C J Hole - which came under fire from a range of sources for sending out a letter to landlords encouraging them to increase rents - has had many of its windows smashed.

Earlier this year over 11,500 individuals signed a petition against that particular branch of C J Hole agency in Bristol - one of the signatories was the manager of a cluster of offices in the same group.

The Southville office letter included the sentences: "With rents increasing every week in Bristol, it is highly likely your property is due a rent increase. The demand from prospective tenants is far exceeding the number of properties available and we have never seen such a buoyant rental market."

Chris Hill, the managing director of five C J Hole sales and lettings offices in north, east and central Bristol, spoke out against the letter on Twitter, saying at the time: "No office under my control sends these nor will ever. Paul Goverd is the man who runs and controls Southville office" and "I agree [with the petition] and have signed, my offices believe in good service as reason to use us, shame Southville have chosen this route".

In April this year there was a protest march on the Southville office organised by the controversial pressure group Acorn. A statement from the group at the time stated: The letter [from C J Hole] shows how some estate agents and landlords are seeking to cynically profit from the housing crisis in Bristol at a time when inflation has declined to 0.3% and deflation is predicted. I think there is no justification for increasing rents at a time when prices are actually going down. In addition, real average earnings have fallen by eight per cent since 2008. Such predatory rental practices are an attack on low income people and threaten the most basic of rights - the security of a home to live in.

The vandals’ attack on the branch office - said to have happened overnight Tuesday into Wednesday - has left the building almost completely boarded up.

C J Hole has not commented on the issue.

An office of CJ Hole, one of the High Street brands...

A branch of a regional agency has expanded its managed portfolio...