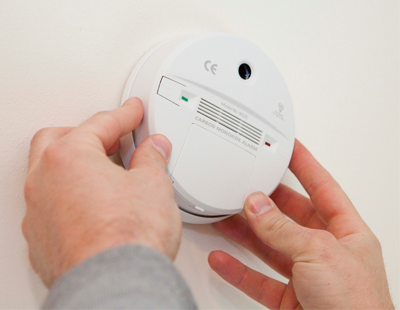 The Trading Standards Service has issued a warning to agents, landlords and consumers after independent tests on CO carbon monoxide alarms found that eight out of 10 failed.

The warning comes as new smoke and CO legislation comes in to force on Friday demanding that all private sector landlords regularly test alarms in all properties to let.

The alarms are sold to alert users to rising and dangerous CO levels, yet when Trading Standards sent 10 types of alarm for testing to the British Standard, eight failed.

The tests raise issues relating to the sensor inside the alarms having a limited and indeterminable life with earlier research highlighting that up to 45 per cent of CO alarms less than a few years old are no longer sensing gas.

“To effectively test CO alarms and ensure [agents and] landlords meet the new legislation they need to test the sensor and not rely on the so-called Test Button which just tests the battery, buzzer and electronic circuit. This can only be done by injecting a specific and safe level of test gas over the alarm” says a spokesman for Gas Safe Europe.

Suspended prison sentence for failing to have gas boiler safety-checked ...

A London landlord has been given an eight week suspended prison...