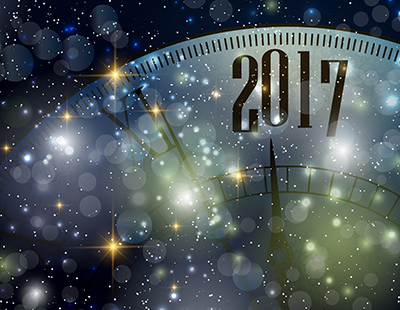 This is the final Letting Agent Today until Tuesday January 3 2017, so everyone at Angels Media sends all good wishes for a prosperous new year to all agents and their families.

Until we return on Tuesday, here’s a reminder of what the industry says is likely to be the market landscape in 2017.

Firstly, the Association of Residential Letting Agents anticipates that rents will rise next year, with over 80 per cent of members saying so in the organisation’s latest survey.

“The buy to let market is becoming less attractive for investors as the ban on [agents’] fees, combined with the scrapping of mortgage interest relief and the stamp duty increase on second homes push costs up for landlords. So unfortunately ... we expect to see the number of properties available to rent fall next year” predicts David Cox, ARLA’s managing director.

Meanwhile a majority of respondents to the latest Royal Institution of Chartered Surveyors market assessment also predict an increase in rents in 2017 - although the average rise is set to be modest, they believe.

A further factor - again making 2017 potentially tough for individual investors in the private rental sector - is the likelihood of tougher mortgage criteria.

The Bank of England has already announced that from early 2017 its Financial Policy Committee will be able to regulate loan to value ratios granted by lenders to borrowers. The FPC recommended right back in 2014 that it be given additional powers of direction over both the residential mortgage lending market and the buy to let mortgage market.

In March 2016 the FPC indicated that it intended to reduce the number of new buy to let mortgages by up to 20 per cent by the end of 2018 through a range of measures including lenders being obliged to consider landlord costs associated with letting properties, including tax, and verifying incomes if earnings were to be used to support a loan.

Finally, a reminder - if one was needed - that the phasing out of mortgage interest tax relief for higher income tax-paying landlords begins in April 2017 - although, as we reported yesterday, elements of the industry are still campaigning for a last-minute reversal.

The number of new landlords instructing agents is at its lowest...