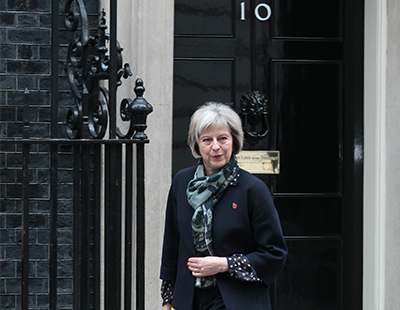 Industry figures have broadly welcomed the latest consultations and proposed additional regulation for the lettings sector, announced by the government yesterday.

The announcement - details of which are below - is aimed mostly at the property management and leasehold sectors but industry leaders would like it widened.

“We have long called for greater regulation of the housing sector. It will give consumers greater control over who manages their property, create long needed transparency, and raise the bar for those wishing to work in the housing sector. However, it’s concerning that estate agents don’t fall under the Government’s initial scope – we urge ministers to widen the remit to include the whole housing market” say ARLA chief executive David Cox and NAEA chief executive Mark Hayward.

“Our members are required to have deposit and client money protection schemes in place and undertake regular training. However this doesn’t stop some rogue agents from giving the industry a bad name. Blanket regulation is the right approach if we are to give consumers the confidence they deserve and reassurance that they will be treated fairly, no matter which agent they use” they add.

Glynis Frew, chief executive of Hunters property group and chair of the regulations committee of the Lettings Industry Council, was one of the few industry figures to comment - although she is delighted with the announcement.

“I have seen so many people from various parts of the industry come together in their demand for more regulation – whether this be landlords, agents or redress and deposit schemes. However, execution is key and whilst there is still a lot to do, the energy and positivity backing these changes is overwhelming. It is highly encouraging to have the resounding backing of ministers” she says.

Isobel Thomson, chief executive of NALS, says: “With 72 per cent of respondents to the consultation on a letting fee ban calling for broader regulation to accompany it, it is clear the industry is ready for it. NALS believes that it is the only way to ensure that all agents work to the same consistent standards and offer consumers the protection they deserve.”

Martyn Alderton, national lettings director for Your Move and Reeds Rains, says: “We fully support stronger lettings legislation to clamp down on the small minority of rogue agents and ensure that any fees charged within the industry are fair and transparent. Ultimately tenants should feel confident that the homes they pay for are safe and meet clear minimum standards and that the agents they deal with are fully qualified and regulated to practise.”

"We welcome the increase in standards and transparency that these regulations will bring to the industry. Rendall & Rittner is already a member of ARMA, and is ARMA Q accredited which requires us to meet strict consumer charter and standards. These are in place to ensure our developments and residents are not only secure, but that leaseholders are paying the correct fees at the most cost-effective prices."

Meanwhile consumer groups, too, have welcomed the initiative.

“The role of letting agents has been a key focus for the government since last year's Autumn Statement so I am delighted that attention has now also turned to managing agents, particularly given the myriad of problems the leasehold sector faces” says Paula Higgins, chief executive of the HomeOwners’ Alliance.

“We also wholeheartedly welcome the proposal that all managing agents should join a relevant professional body, which would be supervised by a regulatory body. Professional bodies are only effective if they act in the interests of the consumer and not just the professional - one would hope that the involvement of a regulatory body would ensure this is more likely but care needs to be taken to ensure there is proper enforcement" she adds.

The announcement yesterday suggests that government will consider changing the law so that all letting and management agents, across both the private rented and leasehold sectors, must be qualified and regulated in order to practice.

Its latest consultation process - formally, a ‘call for evidence’ - explores different potential models of regulation and believes that there are broadly three ways that this could be achieved:

Requiring all letting agents and managing agents to be members of a relevant professional body (such as UKALA, ARLA or ARMA). This would require professional bodies or organisations to be approved by government, possibly operating to one code of conduct;

As above, but with oversight from a regulatory body, established or approved by government;

Government establishing or approving a new regulatory body, which agents are required to sign up to. Membership of a professional body would be optional but lower entry fees could apply to agents that are members of an existing body.

Other measures to be considered as part of the call for evidence include:

- ensuring fairness and openness around relations between freeholders and agents.

The call for evidence will run until November 29 and the government will bring forward detailed proposals early next year.

Searing criticism of agents and landlords by leading consumer group ...

A prominent consumer group claims that one in 10 tenants currently...