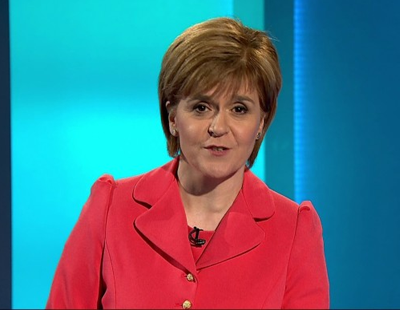 Scotland’s First Minister Nicola Sturgeon says she has been “horrified” to read allegations of some property owners offering rent-free accommodation in return for sex and says ministers in the Scottish government will investigate.

Answering questions in the Scottish Parliament, Sturgeon says she she finds it hard to believe any landlord or owner making such an offer could pass that country’s ‘fit and proper person’ test which is applied to agents and owners in the private rental sector.

The Scottish newspaper The Herald claims websites such as Craigslist featured adverts from private landlords offering free rent in return for sex.

“We know sex for rent adverts have been posted online for properties in Scotland, but we have no way of knowing how many tenants are currently in such arrangements. The practice opens the door to vulnerable tenants, who are often facing homelessness and poverty and who find themselves in commercially exploitative arrangements” says Labour Member of the Scottish Parliament Claire Baker.

According to the Scottish Housing News website the Scottish Government’s housing minister, Kevin Stewart, has written to Craigslist asking for action to be taken.

“I was extremely concerned – horrified, actually – to read the reports that the member refers to. As a government, we are already taking action to tackle such issues through the implementation of equally safe, which is our strategy to tackle any violence against women and girls” says Sturgeon.

“We are also taking action to improve the availability of and access to housing for everyone, and action to tackle the poverty and inequality that can so often render people vulnerable to being exploited in such a way. Let me assure the member we will look carefully at what action we can take, further to what we are already doing, across all those areas” said the SNP leader.

A Green MSP, Patrick Harvie, is quoted in Scottish Housing News as saying that some of the advertisements did not involve landlords who had been registered with the authorities.

“Isn’t it pretty clear that any such exploitative arrangements should lead to an automatic fail of the fit and proper person test and revocation of any existing landlord registration” he says.

Rent controls to be introduced after deal between politicians ...

Rent controls are to be introduced into part of the UK...

There’s been a small change to the Coronavirus regulations as they...

Eviction ban extended in Scotland - will England do the same? ...

The ban on private rental evictions in Scotland has been formally...

Eviction ban set to be extended in Scotland - will rest of UK follow? ...

The ban on evictions in the private rented sector looks almost...