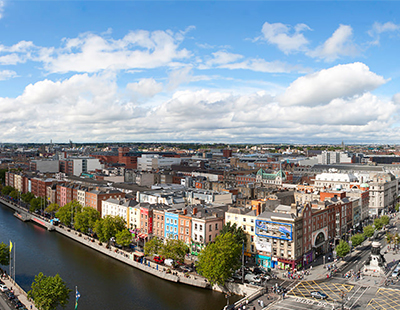 With an average rental return of 7.69 per cent Ireland has been named as the top location in Europe for buy to let investors.

A European league table drawn up by payments company WorldFirst shows the Republic of Ireland followed by Cyprus and France for strong yields.

With an average rental yield of 4.67 per cent, the UK sits at the middle of the table in 16th place: this is a strong improvement on its 2017 ranking of 25th, although it still lags well behind many other countries.

Strong rental demand is a significant factor in the UK’s ascent up the table with YourMove’s monthly rental tracker for England and Wales reporting average rents now 2.6 per cent higher than a year ago, with government tax policies against landlords considered a key driver behind rising rents.

However, WorldFirst says that even the fall in the value of Sterling since the EU referendum - the currency is a full 17 per cent lower than the Euro in comparison to its position three years ago - should not necessarily deter potential UK investors from considering Ireland.

“While a one-bedroom city centre apartment [in Ireland] would now set you back almost £11,000 more than it would have this time last year (up six per cent), the good news is that average rents have risen by £127 per month (up 11 per cent)” says WorldFirst.

“Investors in Ireland’s property market have benefitted from significant returns due in large part to reasonable property prices in comparison to soaring figures in other Western European countries. A stable Euro, continued economic growth1 and consistent rental demand have also contributed to the country’s performance” it adds.

In terms of capital cities across Europe, Dublin ranked top of the league table for yields (6.46 per cent) followed by Amsterdam (5.33 per cent) and Warsaw (5.15 per cent).

Poll: Are your landlord clients investing overseas now - or might in future?

Yields from buy to let in the UK are now amongst...

The UK is only the 15th best place in Europe to...

Vote of confidence for buy to let despite Brexit uncertainties ...

A major survey has given a vote of confidence to buy...

Brexit or not, London is dearest Europe rental location for expats ...

Rent in London is the most expensive in Europe for expats,...