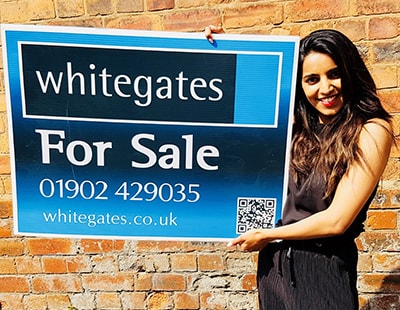 A lettings agent says she is returning to a High Street franchise agency group to help her combat competition from online rivals.

Agent Perdip Johal, formerly managing director of The Lettings Shop in West Bromwich, has transferred more than 100 managed properties from that company to a new one she has acquired - Whitegates, based in Wolverhampton.

This takes the total of properties beyond 340, all being managed by the Whitegates brand.

“It’s started really well as we’re doing around four or five valuations every day and people are saying that they dealt with us 10 or 15 years ago, so that shows how established the Whitegates brand is in the area” says Johal, a law graduate who is still only 29.

Her agency career began with Property Franchise Group brand Martin & Co in the city before she branched out on her own with The Lettings Shop; now she has returned to TPFG.

“I felt that running an independent lettings agency wasn’t working as well as it had before. It’s so competitive against more established agents and also the onset of online-only agents. I felt coming back into the Property Franchise Group would work better for me, having that established and larger brand behind me” she says.

A branch in The Property Franchise Group has snapped up a...

Agent revs up for lettings after career in car industry ...

The new owner of a lettings agency is aiming to fuel...

A branch of Whitegates, part of The Property Franchise Group, has...

A branch of the Property Franchise Group brand Whitegates has acquired...