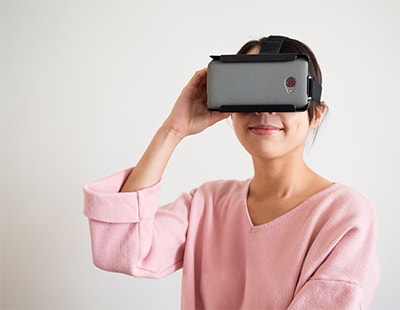 “Such properties, often in apartment blocks, fill potential tenants with more confidence they will resemble what they look like on screen in real life” he says.

In terms of the London market, he says that during the first three weeks of the lockdown the number of tenancies begun in the City, east London and Riverside area increased 23 per cent against the five-year average; this compares with a two per cent fall across the whole of London and the Home Counties.

Around half the tenancies were agreed before lockdown measures were introduced, which explains why the figures are up on last year, adds Hall.

Current activity levels are down, with the number of new prospective tenants registering in the week to April 4 falling 52 per cent below the five year average.

Rental values in prime central London increased 1.2 per cent in the year to March, data collected by the agency before government restrictions shows.

It was the biggest increase in more than a year and reflects how rental values had been strengthening due to lower levels of supply as landlords are faced with a growing tax and regulatory burden.

Average rents grew by 1.1 per cent in the year to March in prime outer London, which was the largest such increase since September 2015.

Knight Frank estimates that net impact of a phased return to more normal levels of activity means the number of tenancies agreed in prime markets in London and the Home Counties in 2020 will be around 25 per cent below the five-year average.

How much does a physical viewing cost a lettings agent? ...

Agency lets 26 properties in one month with no physical viewings ...

An agency says it has recently let 26 properties in one...