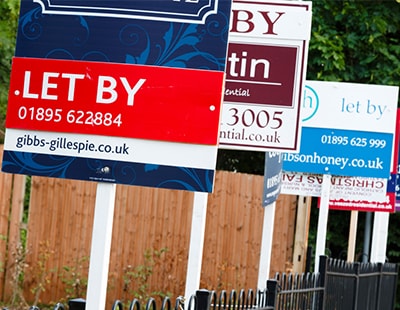 A high profile former estate agent who was a major figure on the London sales market for over three decades has suggested it may be time to stop discussing the apparent merits of home ownership.

Ed Mead - a former partner in the London agency Douglas & Gordon, an early cheerleader for OnTheMarket and now known for co-founding outsourced supplier Viewber - says in an article on The Spectator website that the pros of ownership no longer outweigh the cons of renting.

“There are plenty of reasons why renting is a good idea” he believes.

“With house prices likely to stay flat, fear of missing out won’t exist. Renting means no stamp duty and agency fee every time you move and it gives you the flexibility to try living in new areas. Government policy is moving towards helping renters secure longer contracts with more security. Best of all, renting frees up your capital to invest elsewhere or start your own business” Mead continues.

He says he rented a home in London for over 20 years, during which time house prices in the capital rose a remarkable 492 per cent.

“The last ten years have seen a still robust 73 per cent gain, but I think even the most optimistic commentators would not see that repeating over the next ten” he adds.

“Satisfying though ownership can be, there’s little or no reason to feel hard done by if you choose to rent. From a financial perspective, by way of example, the money I might have put into a house went into a business and I’ve gained more financially and professionally from the experience. If Brits stopped looking at property as a piggybank, might they become more entrepreneurial” says the former sales agent.

Mead goes on to say that a European model, based around long leases and institutional investment, is the basis for the burgeoning Build To Rent sector in the UK now.