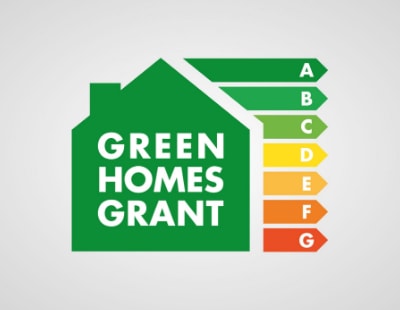 The initiative which the government hoped would transform energy efficiency in the private rental sector is being axed this week.

The Green Homes Grant - launched last September - was praised for its aims but widely criticised for its clumsy red tape and lack of operatives to conduct the work.

Under the scheme, the UK government funded up to two-thirds of the cost of eco-related home improvements up to £5,000. Landlords had to redeem a voucher and ensure improvements were completed by March 31 2022. But the initiatives reached only an estimated 10 per cent of the 600,000 homes Chancellor Rishi Sunak promised it would improve.

ARLA Propertymark had criticised the scheme, which was scheduled to last another year at least, because it didn’t offer sufficient funding for landlords and applied only to England.

An announcement put out by the Department of Business, Energy and Industrial Strategy on Saturday afternoon said: “Following a review, the Green Homes Grant Voucher Scheme launched last year will close to new applications on 31 March at 5pm. The scheme was designed to provide a short-term economic boost while tackling our contribution to climate change. Applications made before the end of March deadline will be honoured and any vouchers already issued may be extended upon request.”

In the announcement the government provided no indication as to whether the Green Homes Grant would be replaced by new incentives for landlords and other home owners to promote energy efficiency.

There were more than 123,000 applications for the original grant by the end of February, but only 28,000 vouchers had been issued and just 5,800 energy efficiency measures had been installed.

Desapite the scraping of the scheme, Kwasi Kwarteng, the Business and Energy Secretary, claimed at the weekend: “Upgrading the country’s homes with energy efficiency measures means we can cut emissions and save people money on their energy bills.”

ARLA Propertymark says there should be a long term appropriately funded...

Warm welcome for eco-grants given by lettings trade body ...

The National Residential Landlords Association is giving the thumbs up to...

The Association of Residential Lettings Agents has given a warm welcome...