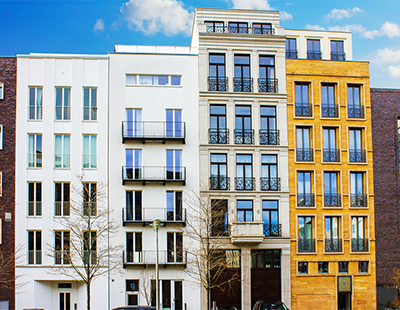 Flats, so long the favourite of buy to let investors, still constitute 15 per cent of all homes purchased according to new research.

Months on, end of lockdown restrictions have led to the romanticized notion that the nation’s homebuyers are ditching city living and apartment properties for larger homes in the country.

However, Warwick Estates analysed transaction records from the Land Registry since the start of the pandemic and found that while this may be the case for a small proportion of buyers, flats are still accounting for a notable proportion of market activity.

Since January of last year, 974,153 residential transactions have been recorded across England and Wales. Some 150,668 of these have been for flats, accounting for 15 per cent of all market activity during the pandemic.

London and the South remain the homebuyer hotspots for flat purchases, with the capital seeing nearly 50,000 transactions so far this year - 47 per cent of all homes sold in the region.

The East of England (13 per cent), the North West and West Midlands (each 10 per cent) come next.

The East Midlands is home to the lowest level of flats sold, with 4,527 equating to just five per cent of pandemic transactions.

“The idea that homebuyers are loading up the car and heading to the country for a new life is a nice one, but the reality is that those lucky enough to do so account for a very small proportion of the market” explains Bethan Griffiths, Warwick Estates chief operating officer.

“Flats continue to play a pivotal role in the make-up of the property market, providing a preferable lifestyle option to many, as well as a more affordable route to homeownership. This is clear having accounted for 15 per cent of all pandemic property purchases and as we continue to return to normality we predict that flat purchases will increase further over the coming months.”

These figures show how important flats are to the rental market ...

The Nationwide has bucked the trend of many industry organisations by...

The current need to work from home, and the prospect of continuing...