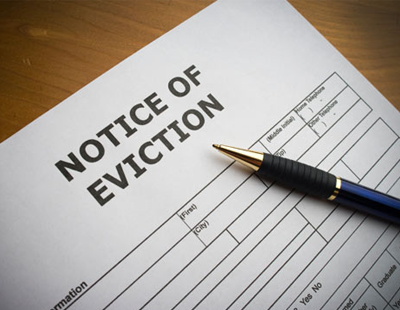 Airbnb, so often criticised for operating in the largely-unregulated short lets market, has called on the UK government to scrap Section 21 evictions.

It claims the outlawing of this kind of long-term rental eviction, often done to allow properties to be switched to short lets, would help Airbnb itself police the sector.

Spokeswoman Amanda Cupples says Airbnb removes landlords from its platform if tenants have been unlawfully evicted, but has been powerless to stop that in the UK because of Section 21.

"At the moment there are very few illegal evictions that we can take action against because they are done legally using Section 21.”

Cupples also calls for the creation of a UK-wide short lets landlord register plus the introduction of local tourism taxes to help permanent residents benefit from living in a tourism hotspot. The measures were part of Airbnb’s "Healthy Tourism Commitment" published this week.

She says: "We have collected $4 billion in 'tourism taxes' all around the world so where local authorities or regulators think it is in the best interests of communities to introduce tourism taxes, we will be supportive.”

The Scottish National Party has pledged to bring in a tourism tax in Edinburgh if it wins control of the council in next month’s local elections in May while the Welsh Government will launch a consultation on a tourism levy this autumn. Meanwhile the UK government announced last year that it would consult on introducing an industry-wide Tourism Accommodation Register to regulate the holiday let sector but has yet to make progress on the measure.

A statement from Airbnb says it can share its experience of taxes worldwide with UK local authorities “where there is clear support for such a measure to be introduced in the community.”

Cupples adds: “Our priority is to make sure the recovery is a success and to ensure communities can benefit from the return of tourism in a healthy and sustainable way. Since last year we have led calls on short-term lets rules being introduced and now, alongside communities in some parts of the UK, we are keen to see the government turn talk into action.”

Shadow Chancellor John McDonnell has made a clear pledge to tighten...