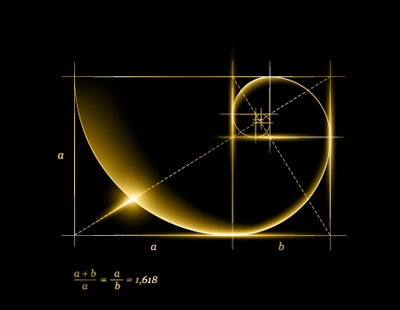 As estate agents, business people and just plain people for that matter, we can't help looking at the way our society is organised with a critical eye. As we get more experience, idealism often turns to cynicism at best and more usually to apathy and disinterest.

However, what if there was a way of simplifying how we do things that would make everyone better off? In this intentionally thought-provoking piece, I suggest that society, like nature, contains its own 'Golden Ratio' not 1.62 (approx) but 80/20.

What if income tax was a flat 20% and we abolished all other taxes except VAT which would stay at 20%, what effect would it have on society?

Well, my hypothesis is that everyone would be better off; there would be more tax for the government, better services for the people, more support for the underprivileged and a lot more satisfaction with life in general

In essence I think that by simplifying the tax system and leaving only two taxes, set at the optimum level, the end result would be a bigger tax take from a bigger economy.

It may be that the optimum rates are not 20%, I chose this figure partly because of the 80/20 rule, which dictates 80% of the good or bad is produced by the best or worst 20%. It's a bit like the Golden Ratio of 1.62 that makes a picture look right, we don't know why, it just does.

However, even if my guess is wrong, it doesn't mean the hypothesis doesn't work. It may mean that in practice the 20% needs adjusting but the principle may still be valid.

If I am right, the benefits are almost self-evident but I will list a few for emphasis.

So in reality, the only objection to this type of change could be that it doesn't produce more tax per capita and therefore the poorest most disadvantaged members of society would suffer.

This reasoning underpins socialism and communism, the idea that you can strengthen the weak by weakening the strong but as we have seen in communism, it doesn't work that way, what happens in practice is that you get an ever smaller cake from which the Government elite takes an ever greater slice.

The basics of what I am saying have therefore already been shown to be valid in general but what our society has not done is to ask the question 'how far can this principal go'?

In a business when it comes to managing people effectively the most important principal is to 'build on strengths and manage weaknesses'. This would have to be done to prove or disprove my hypothesis but to explain how my thinking is reflected in the 80/20 rule I mentioned earlier, in selling for example, 80% of all the Sales are usually made by the top 20% of the salesforce.

I would like to believe I'm the first and only one to have this insight but experience tells me otherwise. I think many people have had or are having very simpler ideas. I wouldn't be surprised, if I searched Google hard enough, if I found positive corroboration for the concept. It certainly 'feels right' so what is the likely problem, why has this idea not reached mainstream politics?

The answer to this question is the dark side of 'Human Nature'. The side you see on Twitter when the trolls come out and flame anyone who disagrees with their emotionally charged irrational ideas. Ideas that are often based in envy, jealousy and hatred, ideas that at their core have the desire to drag the successful down to the level of the failure.

Even those misguided idealists who ignore the realities of life are clinging to the failed idea that you can 'strengthen the weak by weakening the strong', when what actually happens with pure Socialism is the positive strong leave and are replaced by the negative strong, who simply prey on the weak.

A lot of people are horrified by the idea that 80% of the wealth and power should be in the hands of the top 20% and they would rather be worse off provided the rich are punished.

But here is the irony, with our current system, a system that has been there under many socialist governments, the distribution of wealth is not 80/20 in favour of the rich, it's more like 98/2 and it's getting worse.

The irony is that it's the rich who have the means to exploit our current system and the poor cannot rise up because they are prevented from doing so by the barriers created by an overly complicated system that has been created by the establishment for the establishment.

In order to move forward we need clarity of purpose, we need recognition from the great majority that there is the social equivalent of the Golden Ratio and that our society is currently nowhere near it. Only once we have established and accepted society’s Golden Ratio will we have any chance of creating a society that turns its potential into reality.