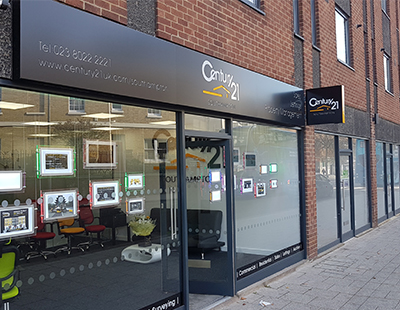 The franchise giant Century 21 UK has opened its latest estate and letting agency office - and it's in Southampton.

It's now been three years since Shepherd Direct Ltd - now the SDL Group - acquired the licence to operate the Century 21 estate and lettings agency brand throughout the UK, Channel Islands, Gibraltar and Isle of Man.

There are well over 50 Century 21 UK offices across the country now, and SDL has separately been acquiring other property businesses - a month it acquired the Humphreys of Chester estate agency for an undisclosed amount.

“Century 21 UK offices continue to be opened around the country. The team at Southampton has a vast amount of business experience and crucially they also have a huge level of local knowledge that will stand them in good stead" Says Rob Clifford, chief executive of Century 21 UK and group commercial director of SDL.

Century 21 describes itself as the world's largest estate agency and has a franchise network of over 6,900 offices and 100,000 agents in 78 countries.

SDL Group - owner of the UK franchise for Century 21 lettings...

One of the industry’s largest brands, The SDL Group, is launching...

One of the first franchisees for a new business model put...