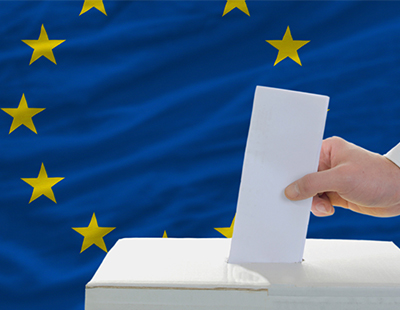 Agents have been giving their reaction to the shock Brexit referendum result - and their comments have ranged from the gloomy to the resigned.

There will be further uncertainty in the market following the announcement that David Cameron is resigning as prime minister.

Meanwhile Frank Webster - director of Finders Keepers, a well-respected letting agency in Oxford recently acquired by Countrywide - tweeted: “UK voters opt to jump off a big cliff with long fall ahead. All of us asked to vote for something none of us understand.”

Other agents have issued statements to express their views.

“The decision to leave the EU will be most keenly felt in the London housing market which is fully valued and already facing headwinds. History shows that external shocks can reduce sales volumes by as much as 20 per cent” says Hometrack’s research director Richard Donnell.

Adam Challis of JLL says: “We expect an immediate slowdown in housing market transactions, in the order of 10 per cent to 15 per cent, resulting in downward pressure on prices for at least a couple of years. We anticipate current activity levels will return but this is unlikely before late in 2018.”

Andy Martin, senior partner at Strutt & Parker says: “It is going to cause a huge amount of disruption to the markets while everybody takes stock of what it actually means and the government starts giving us clear policy direction. Before then we are going to have volatility, which is a risky thing to have in these markets because economic performance is still not something that is a given.

“As a firm, we are market driven. The market has shown signs of volatility in the lead up to this vote. We have seen a real cutback in trading due to the uncertainty of this vote. What we are now waiting to see is how our clients and markets will react to this. I suspect that they will continue to tread with caution until they can see the outcome.”

Mark Granger, chief executive of Carter Jonas, says: “With a vote to leave, the UK property market is unlikely to escape the wider economic instability which is anticipated over the coming months. However, recent volatility in the bond and equities markets reinforce the case for real estate investment, as property continues to provide long term income stability and the ability to add value through active asset management.

“Looking forward, we firmly believe that fundamentals will continue to drive the UK property market. The UK has one of the largest and most sophisticated property markets in the world and because of this it should remain a magnet for global occupiers and investors” says Granger.

“A vote for Brexit will immediately see the value of Sterling fall” warns Martin Bikhit of Kay & Co., a London agency.

“This will, in turn, create a spike in demand as London property will be more attractive to opportunistic investors who will take advantage of the bigger spending power, but it is the wrong sort of demand that will ebb away as prices fall. Normally, the falling prices should spur the market into action, however, I can see that both domestic and foreign buyers will continue to wait and see how far prices can or do fall, to make the most of their money.”

Charles Curran, principal of Maskells estate agency in London, says: “We expect the domestic buyers to remain subdued, perhaps opting for rental accommodation (rents being low for the time being due to oversupply and high cost of acquisition), but we do we expect more interest and volumes from overseas buyers. An unwanted consequence of leaving the EU is that our currency will depreciate, making property cheaper in net terms compensating for the high stamp duty in prime and prime central London.”

Alex Newall, managing director of another prime market agency, Hanover Private Office, says: “We can no longer use past data accurately to help predict the future. Over the next two years, until Brexit actually happens, gradually the rule book will be re-written on asset prices in the UK. Yield hunters, e.g. pension funds, will have to be careful to protect their underlying asset value over the next two years and pre-planned exit strategies will need to be considered.”

Brexit: Agency expanding due to high demand from EU nationals ...

A London letting agency is opening a new branch thanks to...

Whatever the outcome of today’s EU Referendum, ARLA says its lettings...

Brexit: Third of buy to let investors would change their vote now ...

A third of buy to let investors would change the way...

After criticism of many younger voters allegedly failing to turn out...