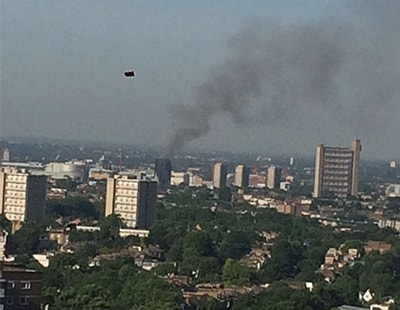 A proposed amendment to the government's Housing and Planning Bill which suggests landlords are required to make homes 'fit for human habitation' may be reconsidered following the fire at 27-storey residential block Grenfell Tower this week.

The amendment was tabled by the Labour Party last year, but was defeated by MPs following a vote of 312 to 219.

The proposal was also included in Labour's manifesto for last week's General Election.

According to a report on The London Economic website, Parliament's register of interests shows that 72 of the Conservative MPs who voted against the amendment were themselves private landlords.

It was also reported at the time that 25 Labour and seven SNP MPs, along with a Liberal Democrat MP, were themselves landlords and did not vote for the measure.

The Conservatives said the amendment would amount to further red tape and unnecessary regulation for landlords.

The fire at Grenfell Tower in Notting Hill has already claimed 12 lives - a figure which is expected to rise. More than 70 people have been treated at London hospitals - 20 of whom are in critical care.

Speaking last January, shadow housing minister Teresa Pearce - who tabled the amendment - said: “The majority of landlords let property which is and remains in a decent standard. Many landlords go out of their way to ensure that even the slightest safety hazard is sorted quickly and efficiently."

“So it is even more distressing when we see reports of homes which are frankly unfit for human habitation being let, often at obscene prices."

Over the last few years, a residents' organisation calling itself the Grenfell Action Group has repeatedly raised concerns about fire safety at the West London tower block.

The property is managed by Kensington and Chelsea Tenant Management Organisation (KCTMO) and last November the action group published a blog which predicted that a serious incident could occur due to fire safety failings in the building.

"It is our conviction that a serious fire in a tower block or similar high density residential property is the most likely reason that those who wield power at the KCTMO will be found out and brought to justice," reads the blog titled 'Playing with fire!'.

The Grenfell Action Group's series of blogs challenging fire safety in the building can be found here.

Today sees the Second Reading in the House of the Lords...

Agents and landlords are being warned that the Fire Safety Act...

Agents Beware: All tenancies subject to ‘Human Habitation’ from tomorrow ...

It’s easy to forget in the Coronavirus frenzy but from tomorrow,...

Confusion reigns over inventory reports and how letting agents and landlords...