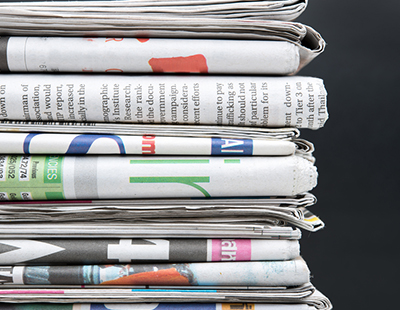 A former tenant is the subject of a major investigation by a London newspaper after she claimed to have spent eight months attempting to get fees returned by a letting agency which has appeared in court in connection with alleged fees and redress offences.

Marta Cremades moved in to a property in Stoke Newington, north London, last October but said she was unable to stay because of noisy fellow-tenants in the building, and because of a mice infestation.

The Hackney Citizen newspaper says she complained to her lettings agency, London Corporate Apartments, but the problems remained unresolved; she moved out in mid-December despite having a tenancy running to October 2018.

Cremades, seeking the return of her £759 tenancy deposit, has been offered £699 by the company according to the newspaper - an offer that occured after the paper brokered a meeting between agent and tenant.

Speaking to the Hackney Citizen, Cremades says: “I felt very under pressure to accept the partial return of my deposit, given the length of time this nightmare has been going on. The whole thing has been unbearable, and I just wanted it to end.”

She is reported to have paid over £2,500 in agent’s fees, a deposit and two months’ rent, but spent only seven nights in total at the house, staying with friends the rest of the time.

The newspaper alleges that at the time of her tenancy, London Corporate Apartments was not signed up to a redress scheme; there appears to be uncertainty over whether the agency subsequently joined the Property Redress Scheme, one of the three approved redress operators.

The newspaper also reports that earlier this year a judge dismissed London Corporate Apartments’ appeal against a £5,000 fine imposed on it for failing to list their fees, as required under the Consumer Rights Act 2015.

The judge also awarded costs of £2,700.00 against London Corporate Apartments Ltd to pay for Tower Hamlets Council’s defence of the case.

Tower Hamlets Council issued a penalty of £5,000 against London Corporate Apartments Ltd later the same month - March - for failure to belong to a property redress scheme as required under the Redress Schemes for Lettings Agency Work and Property Management Work (Requirement to Belong to a Scheme etc) (England) Order 2014.

London Corporate Apartments Ltd has appealed but the Hackney Citizen says a date for the hearing has not yet been set.

Two lettings agencies have been expelled from The Property Ombudsman redress...

Two lettings agencies have this afternoon been expelled from The Property...

The government has been urged by a London council to act...