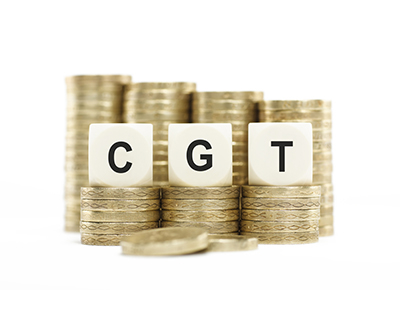 There has been limited support given from some parts of the lettings industry to a proposal offering Capital Gains Tax relief to landlords agreeing three year tenancies for renters.

Yesterday LAT reported that the right-leaning think tank Onward was suggesting landlords agreeing to longer tenancies would be eligible for CGT relief with the profit split equally with the tenant, who could use it as part of their mortgage deposit.

The proposal was reported by some newspapers to have found favour with the government and may be announced, in some form, as a new policy in the Budget on October 29.

Now David Smith, policy director for the Residential Landlords Association, says: “We welcome Onward’s acceptance of the need for more positive taxation in the rented sector which the RLA has long argued for. Indeed, last year, we suggested using Capital Gains Tax reliefs in a similar way to that being proposed today.

“Since then, a report by academics at Cambridge University for the RLA has argued that it is not clear whether a reduction in the rates at which Capital Gains Tax is applied would incentivise landlords to sell their properties to sitting tenants.

“A more suitable approach would be a tax relief on rental income for the provision of longer tenancies with a refund on the stamp duty levy for additional properties where a landlord is prepared to sell a property to a sitting tenant.”

Shortly before the Onward proposal was published, the RLA, in its submission to the Treasury ahead of the Budget, called for tax relief on rental income which could increase each year a tenancy continues up to a maximum of five years if the tenancy is renewed.

In his response to Onward’s proposal, David Smith takes issue with the think tank’s call for landlords to disinvest from the sector.

“With the demand for private rented homes showing no signs of abating, and the Institute for Fiscal Studies warning of the difficulties many young people have affording a home of their own, to choke off the supply of rental homes would leave many young people stranded and continuing to rely on the home of Mum and Dad for a place to live" says Smith.

“The Chancellor should use his Budget to scrap the stamp duty levy on additional properties where landlords are prepared to invest in property adding to the net supply of homes. This could include bringing empty homes back into use, new build properties or converting larger properties into smaller, more affordable units. To tax new housing supply given the current housing crisis we face is simply ludicrous.”

The conclusions of a new think tank analysing the private rental...

There is growing concern across the industry at the fear -...