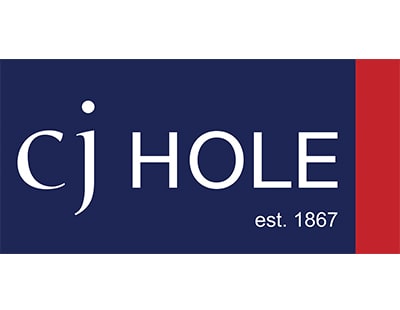 Two tenants who campaign against lettings fees are claiming victory after refusing to pay charges for renewing their tenancies.

The agency was one of the largest in Bristol - CJ Hole, part of The Property Franchise Group - and the two tenants argued against the £90 renewal fee by saying that if they were new tenants, they wouldn’t have had to pay anything thanks to the ban contained within the Tenants Fees Act which came into effect in June.

The Bristol Live news website reported that Nick Ballard and Louie Herbert, both members of the Acorn campaign group, refused to pay.

They are quoted as saying: “CJ Hole effectively terminated their contract with us when it ended and we’re entering a new contract. If we were new tenants, they couldn’t charge this, so we decided we weren’t paying it either…We thought we’d just flat out refuse to pay it and see what happened.”

“The thing is that starting to evict us for the sake of a fee the lettings agency were charging would cost everyone a lot more money - especially when both us and the landlord were happy for things to carry on as normal … It was a little bit of a daunting prospect, because we could’ve lost our home. We think it’s a legal grey area, and it was the principle of the thing for us. It’s a mad legal space for a year of this transitional period.”

The pair signed the renewed contract but refused to pay the charge and embarked on an apparently-lengthy email correspondence with CJ Hole; the agency was entitled to make the charge as the ban on fees levied on tenants currently applies only to new tenancies, with it spreading to all tenants - including those renewing tenancies - next year.

The company is reported to have then agreed to waive the fee. The Bristol Live story says:

“As the deadline loomed, CJ Hole maintained they had the legal right, still, to charge the pair a tenancy renewal fee, but then eventually simply dropped the demand, and asked them to sign the contract without asking for a fee.”

The tenants now claim this is a precedent.

“This means that between now and next summer, everyone renting in Bristol who renews their contract to stay living in a rented property will have to pay lettings agencies just to send out fresh contracts to sign. Our demand was for £90, but sometimes they are a couple of hundred pounds. If everyone just simply refused to pay them, as we have done, then this will save tenants across the city tens of thousands of pounds combined” one of the tenants tells Bristol Live.

Letting Agent Today has asked CJ Hole for its comment on the controversy.

On the Bristol Live website the agency is quoted as stating: “Unfortunately we are not at liberty to discuss individual cases although we can confirm that any fees being put to tenants are being done so in accordance with the Tenant Fees Act 2019.

“Until May 31, 2020, the law allows for a transitional period (12 months) whereby tenants are still liable for fees/charges stated in their fixed term tenancy agreement entered into before the June 1, 2019.

“If the tenants you refer to are/were in a fixed term tenancy that started before the 1st June 2019 any renewal fees stated in their agreement would be payable as it would be for any other tenants in the same situation.”

A spokesman for the mortgage firm Ocean Finance has made a...