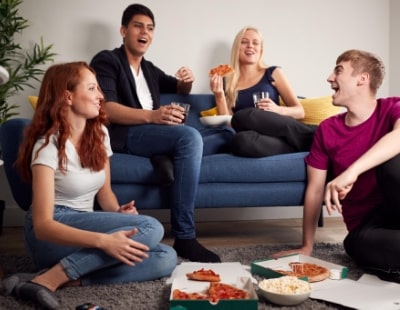 Tenants’ bills are expected to hit a record £63 billion this year - and much of it is down to the so-called Generation Z demographic joining the market.

Lettings agency Hamptons says tenants across the country paid a total of £31 billion in rent during the first six months of this year, a two per cent rise on the same period a year ago.

The agency’s latest market snapshot says: “Rising rents mean the amount of rent paid by tenants has more than doubled since 2008 and has topped the 2017 peak, despite there being around 275,000 fewer private tenants than there were five years ago.”

The study highlights generational shifts in the rental market. It says as Generation Z - that’s those people born between 1997 and 2012 - become independent and lave home their rent bill will rise 10-fold compared to three years ago, leaving them paying more than Baby Boomers - the group defined as being born between 1946 and 1964.

Generation Z tenants are forecast to pay £11.7 billion in rent this year, around a fifth of the country’s total bill and a more than threefold year-on-year jump. By contrast, Baby Boomers will pay £8.9 billion in total this year, a seven per cent fall on 2021.

Meanwhile, Millennials - yet another demographic group, those born between 1981 and 1996 - paid 49 per cent as much rent as they did in 2017 as more of them bought properties.

Hamptons says: “Generation Z’s rent bill is rising at a faster pace than when the previous generation, Millennials, started to leave home during the 2008 downturn, with far fewer buying their own place. And on their current trajectory, they are likely to be paying more than Millennials within the next three years.”

It adds: “The Millennial rent bill has fallen by nearly half from 2017 as many renters between their mid-20s and early 40s bought their first home. Despite tumbling homeownership rates over the last two decades, it is likely that Millennials collectively will be paying less rent than their predecessors, Generation X by next year.”

The combination of falling home ownership and rising costs in the...