By Steve Lucas
< Back 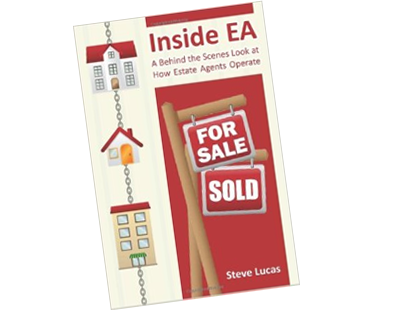 About ten years ago, I was working as the branch manager of an estate agency based in an affluent part of north London.

Within our office catchment was an exclusive development made up of plush apartments converted from an old Victorian psychiatric hospital. In fact, the Ordinance Survey map of the area from 1898 described the rather imposing building as the ‘county lunatic asylum’!

Anyway, the properties that I saw were very grand - high ceilings, huge windows and many ornate period features. Set in beautiful grounds and having 24-hour security, the flats within this suburban development had price tags to match those located in more central parts of London. And adding to the air of exclusivity, of the residents who’d purchased the conversions brand new were pop stars, TV producers, sports personalities and the business elite. There were also a significant number of retired people who’d traded down; selling their detached homes to buy these luxurious but more manageable apartments.

I was called to appraise a lovely second floor flat in the development, the sellers of which were moving to a similar property they owned in central London.

While measuring the lounge and jotting down its features, I got chatting with my prospective client. The middle-aged business woman was talking about the development, mentioning several of its celebrity residents when she suddenly started giggling. She then told me a story which explained her chortling.

A famous girl band occupied two of the flats on the floor directly below. Apparently, they were hardly ever home and very discreet when they were, except for when going to and from their limo to the flats. My prospective client said the retired lady who owned the flat across the landing from hers had noticed the girls leaving and returning home ‘provocatively dressed’.

When the two flat owners met on the landing, the elder of the two said: “I don’t mean to alarm you dear, but I think we have a group of prostitutes living downstairs!”