A report in the Financial Times over the weekend suggests that Lloyds Bank is poised...

A landlord who persistently broke residential lettings rules has been banned from operating in a...

Consolidation Continues: Another independent snapped up

Independent agency EuroLet, operating in Bishop’s Stortford for the past 20 years, has been acquired...

Buy To Let purchase surge likely thanks to SDLT extension

A property lawyer is forecasting a surge in buy to let purchasing in the coming... 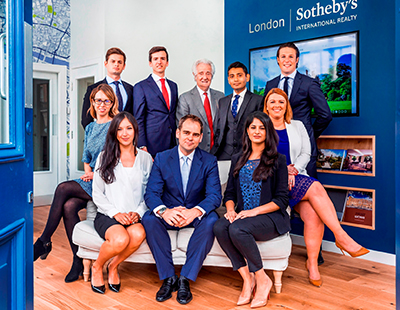 The UK arm of Sotheby's International Realty has announced that it has removed all letting agent fees while the government consults on a proposed ban.

The agency, which has headquarters in Belgravia, says it will be absorbing any administration costs previously charged to the tenant.

It has decided not to pass on any additional costs to landlords and says that tenants will only be required to pay a 'basic referencing fee'.

“We strongly believe there needs to be a process in place that is fair on both landlords and tenants and consistent across all agencies,” says Hannah McDougall, lettings manager at United Kingdom Sotheby’s International Realty.

“At present, some agents are charging above and beyond the modest costs associated with a tenancy agreement and until an agreed policy has been announced by government, we feel we have made the right decision in omitting these fees to help simplify the process of finding a new home.”

She adds: “With focus currently remaining on the upcoming snap election, it is unlikely a firm decision will be made for some time, which is why we feel now is the right time to implement this new offering.”

Last week, another agency announced it is dropping tenant fees in response to the proposed ban. Parklane Properties, based in Leeds, is also offering landlords 0% management fees for six months.

The official government consultation on a ban on up-front fees charged to tenants is ongoing and closes on June 2, just six days before the General Election.

Rokstone has launched a new lettings division, operating out of the firm’s...

Labour group wants tenants to be let off rent during virus ...

Wrong move on Rightmove photos: spot the tenant and the agent.... ...

Our thanks to the eagle-eyed Richard Cross of B H Realty...