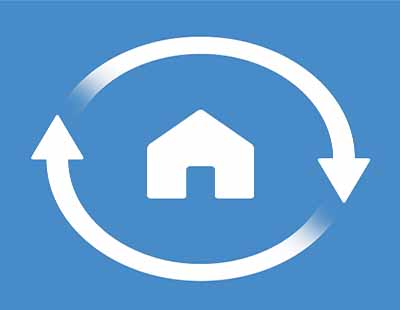 The chief of what is described as Britain’s largest lettings agency has told an influential group of MPs that the proposed ban on fees levied on tenants won’t lead to higher rents and is acceptable in principle.

Adam Hyslop, founder of the online OpenRent agency, was addressing MPs as part of the first reading of the Tenant Fees Bill; the MPs were chaired by Conservative Peter Bone.

Hyslop’s contribution followed that of representatives from ARLA and NALS and, it’s fair to say, struck a very different tone.

Hyslop said: “Just to give you some context, OpenRent is the largest letting agent in the UK. We let 70,000 properties last year, and we are on track to let 100,000 properties this year. Our policy since inception six years ago has been to ban admin fees. We provide quite a compelling case study that the fee ban is not at odds with running a successful and sustainable letting business.

“Further to that, I do not believe a fee ban would increase rents. The logic for that is that our rents across the country are in line with the national average. Roughly, the nationwide average is about £900 per month, and the London average is about £1,500 per month. In fact, by switching to OpenRent from a high street agent, landlords save, on average, over £1,000, and we often see those savings passed back to tenants in the form of lower rents.

“I am here today hopefully as a case study to show that some of the concerns the industry has raised might not be valid.”

However, Hyslop then said he nonetheless had two specific concerns about the Bill.

The first was about default fees. Hyslop said: “The common practice at the moment is not only to charge admin fees up front but to have fees listed within the tenancy agreement - things such as cleaning and an inventory check-out report at the end of the tenancy. I believe the Bill’s intention is to ban those as well - they are not permitted payments. So, the intention is to prohibit them, but my concern is that, in practice, some of those will be left in and you will have tenants feeling obliged to pay them towards the end of tenancy agreements, even though they might be outlawed payments.

“I do not know how this will be addressed in practice, but a lot of the - let us call them - disputes are where you have got a landlord asking a tenant to pay, say, £150 to clean the property at the end, when actually what is reasonable is for the tenant to restore the property to the level of cleanliness when they moved in, which could be by using their own cleaning company or doing their own housework, as it were.

“A lot of these disputes end up with the deposit protection services. I do not know whether they will be briefed that these fees would be immediately thrown out if they were ever disputed. But, actually, before you get to that stage, it is a very low single-digit percentage of deposits that ever go to formal arbitration in these schemes, so there is a big piece to do, whether in the wording of the Bill or in guidance, to ensure that tenants know that these are also explicitly prohibited and that they should not accept any agent or landlord saying, ‘No, it is in your tenancy agreement. You signed up to it with free will at the start.’”

Then Hyslop came to his second problem with the Bill, concerning the treatment of holding deposits relating to false and misleading information provided by tenants.

“The period during which a tenant is referenced is quite complex, and I feel that the current drafting does not quite provide the incentives to get the right outcomes for tenants or landlords acting in good faith” he said.

You can see the full transcript of the First Reading’s hearings earlier this week here.

Poll: Is it right for an online agent to tell MPs the fees ban is acceptable?

OpenRent, set up in 2012 and more recently the recipient of...

MPs will today undertake the second reading of the Tenant Fees...

Trading Standards to give evidence to MPs over Draft Tenants' Fees Bill ...

The sittings of the select committee looking into government proposals to...