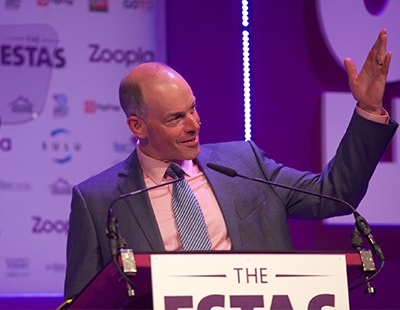 Writing in The Guardian, Spencer is sharply critical of what he calls some “egregious” fees levied on tenants by agents, which have been unfair and have created the need for a ban.

“While some fees provide reassurance to landlords, others – such as spurious charges for drawing up “cut and paste” tenancy agreements – merely line the pockets of letting agents” he says.

“The fees are a symptom of a system which is tilted in favour of property owners and their agents, rather than tenants. Take credit checks for example. Landlords, quite understandably, like to know a would-be tenant’s credit history. But letting agents like to charge applicants, rather than landlords, for the privilege. Running an online credit check can cost just a few pounds, yet many agents charge more than £50” Spencer continues.

“So good riddance to such egregious charges – it’s just a shame that it has taken so long for the ban to come into force.”

Spencer acknowledges that the ban comes at a particularly awkward time for agents.

“It is an industry built on volume – it needs a steady throughput of new tenancies to keep the money coming in. The current slowdown in the market, and the slowing pace of rent increases, are already squeezing margins” he admits.

In a competitive market such as that for letting agents, it is difficult to on the one hand absorb extra costs or, on the other hand, increase fees and risk losing landlord clients.

“The pressure will be particularly acute on the high street where agents have higher overheads than their online rivals. There are about 16,000 branches around the country, many single-office operations which could be forced to merge with rivals to survive. Even the bigger agents, listed on the stock market, will face pressure from shareholders over what they are doing to protect their profit margins” he warns.

He says ultimately letting agents may impose the sort of admin fees on landlords that until now they have done on tenants, he warns.

You can see the entire article here.

Last month, we were all caught by the surprise news that...

A record 30,000 surveys have been submitted to the organisers of...