By Colin Shairp
< Back 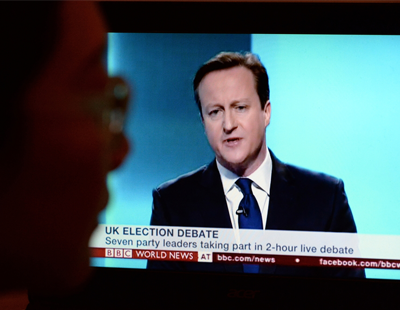 The Conservatives’ election victory came as a surprise, so much so that television pundits spent all night after the vote rubbishing an exit poll that turned out to be inaccurate only because it didn’t give the winners a big enough margin.

In the property industry we are supposed to be cock-a-hoop at the outcome but we have to hope that we are not destined for more of the same.

After getting over the shock and the start of announcing the ministerial team on Sunday, revelations about who would be doing what job continued on the Monday with Mark Francois named as the new housing minister, the fifth since the Tories took office in May 2010. His boss was to be Greg Clark, the new Secretary of State for Communities and Local Government, who has replaced Eric Pickles.

Francois only lasted a day, just enough time for the Government to reveal that his predecessor, Brandon Lewis, was in fact still in the job although Francois remains a minister, so far with undisclosed responsibilities, at DCLG. That might be the shortest ministerial appointment ever or, looked at another way, the briefest sacking and re-appointment. Whatever, the Government is in a pickle of its own making yet again and has merely claimed that the Francois appointment was announced in error.

What it signals at a time when we all want positive action on the housing sector is that the Government has yet to think through anything to do with housing if it can’t even decide who will have ministerial responsibility. It’s quite possible that between my writing this and your reading it the job may well have changed hands again!

What is certain is that enough thought isn’t being given to housing which was, after all, a major theme in the Tory manifesto. It appears that 1.3 million housing association properties will be up for grabs by their tenants, an ISA will be launched to help first time buyers save for deposits, hundreds of thousands of houses will be built for first time buyers over the next five years, and great efforts will be made to identify and develop brownfield sites.

But with so many still stuck in the private rented sector, surely what we need first off is some sort of protection for tenants – and reputable lettings agents – by bringing lettings agents under the same strict regulatory control as sales agents, who handle less client cash, if any at all, and pose far less financial risk to their clients.

It’s also been announced that the Property Ombudsman, Christopher Hamer, retires this Autumn and he’s reported as saying he would like to still be involved with the property sector. How about getting him on board as an advisor to guide the Government towards greater regulation of the lettings industry?

He may have been new to agency when he took the job at the end of 2006 but he has surely now forgotten more than any housing minister has ever learned. His experience would be invaluable and his time with the Parliamentary Ombudsman means he knows how Whitehall and Westminster work – or not!

*Colin Shairp is Director of Fine and Country Southern Hampshire

Landlords' plans will change in wake of tax relief cut ...

Wednesday’s budget proved a grim viewing for those who have worked...