By Eddie Goldsmith
< Back 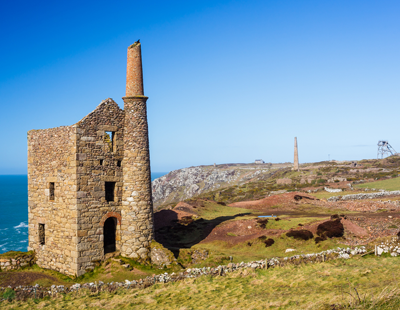 Poldark, a period drama recently on the BBC, has inspired a new trend dubbed the 'Poldark Effect'.

Rather than an increase in shirtless scything, the Poldark Effect actually refers to the increasing interest in buying property in Cornwall – the dramatic location used as the backdrop for the show.

It seems viewers have been inspired by the unspoilt coastlines and rural landscapes, leading to a surge in searches and enquiries into Cornish properties, particularly along the coastline.

For example, searches into the coastal parishes such as Gunwalloe and Porthgwarra have more than doubled since Poldark was first aired in March, and it’s thought average house prices in Cornwall are set to rise to £207,420 by 2019.

In Gunwalloe, the location for many of the beach scenes, a five-bed detached coastal house, with a separate cottage, is on the market for £1.75 million, and a five-bed farmhouse would set you back £550,000. Over in Helston, the home of the Poldark Mine, the average price of a detached house is £226,324. These too are expected to rise in the coming years.

While there is no doubt that Cornwall is certainly growing in popularity, not only as a location for a holiday home but also as a permanent residency, the reasons for this lie beyond the high performing schools, low crime rates and natural beauty the area has to offer.

Indeed, while Cornwall can thank the popular BBC period drama for provoking a spike in its interest – I am afraid it is quite another ‘effect’ that is in fact responsible for this sudden surge in popularity. A rather less romantic concept, I know, but this phenomenon can quite simply be put down to something we can call the ‘economic recovery effect’ – no need to unbutton your shirt.

It is true – the economic recovery is well underway, confidence has returned and, inevitably, the housing market across the UK has benefitted as a result. I have lost count, I think, of the number of times I have made reference to the stellar year that was 2014 – and also the number of times I have alluded to the strong likelihood we will continue to see this strong upward trend over the coming years. Yet, the so-called ‘Poldark Effect’ is a product of exactly this.

However, as suggested above – and this is an important point – this trend certainly isn’t exclusive to Cornwall, or even to Poldark himself. The recent popularity of crime drama Broadchurch caused an increase in searches into holidays in Somerset and Devon. Its famous blue chalet, the home of David Tennant’s DI Alec Hardy, recently went on the market for £275,000. It is estimated that the price was pushed up by up to £75,000 because of the show.

While house prices in the locations used in Poldark, Broadchurch and their respective surrounding areas are on the up, a fact undoubtedly interesting in itself, it is important to look at what this means for the market more widely. The bottom line is that interest in these areas is being pursued precisely because people now have greater confidence and can afford to do so.

The Conveyancing Association (CA) has embarked on a mission to engage...